The Russian Blue cat is a natural breed and the origin of the breed is disputed.

Most experts agree that the cat originated in Russia, the Archangel Isle in Northern Russia to be exact. 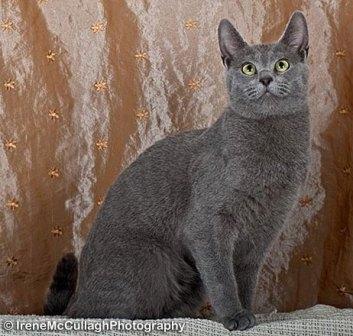 At the beginning of the 17th Century, on the shores of the White Sea, in the Port of Arkhangelsk, a colony of longhaired blue cats made their home.

It is believed, that in the 1860's British merchants trading here brought some of these cats back to Great Britain.

Some dispute the Russian origin and instead believe that the cats originated in the Mediterranean region, possibly Spain.

The connection to this region has also given rise to the cat being called the Spanish Blue and Maltese Cat (from Malta in the Mediterranean).

In 1817, in Britain, the Archangel cat was shown with all blue cats.

It was only in 1912 that it received separate breed status and shown in its own class.

In 1939 it was officially named the Russian Blue.

Post World War II, the breed needed to be restored. The Archangel cat was crossed with British and American Shorthair and Blue Point Siamese cats.

The resultant cats did not meet the original breed standard and as a result, the standard was re-written in the 1950's.

British cat breeders reverted to the original breed standard in the 1960's.

2. the russian blue cat in america

Across the Atlantic in the United States of America, breeders preferred the 'Siamese-type'.

It is for this reason that breed standards differ on either side of the Atlantic.

This cat is recognized by all cat registries across the globe, but the breed standards may differ.

deviating from the original blue cat

These variations are accepted by the Australian, New Zealand and South African cat registries and have preliminary status at the GCCF.

To avoid confusion, these cats are referred to as Russian Shorthairs.

The CFA only recognize the original blue cat. 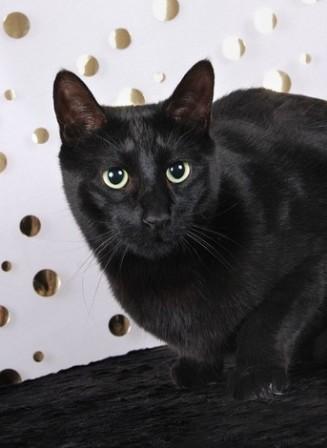 known by many names

This blue Russian cat is known by many names:

The cat was favored by Russian Czars and was also the companion cat of Queen Victoria.

In the land of their birth, they were considered 'Lucky Cats' and were often given as wedding gifts believing they would ensure fertility.

They were also placed in baby cribs, as it was believed they would ward off evil spirits.

Early history also suggests that these magnificent domestic cats were highly sought by furriers who hunted this blue cat for its coat and sold it as beaver and seal fur! 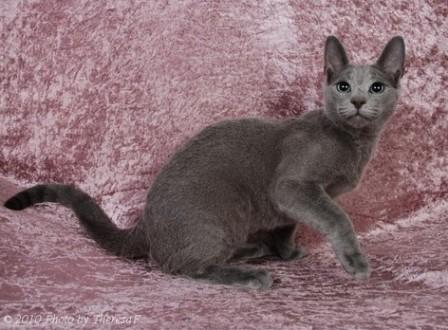