The origin of Norwegian Forest Cats is largely unknown and over the years many theories have evolved.

Scandinavian countries, which include Finland, Norway, Denmark and Sweden, would not, the experts believe, have had indigenous cats. So how did this magnificent cat breed arrive in the forests of Norway? 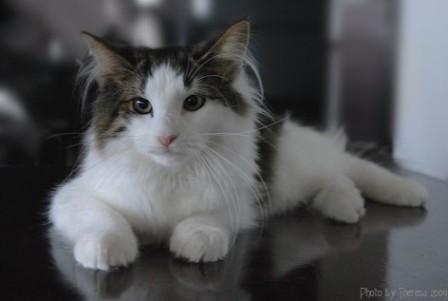 During the Viking Age from 790 AD to 1066 AD, Viking sailors explored North Africa, the Middle East and Russia.

It is believed that during their travels they adopted cats from these countries for the sole purpose of keeping their ships rat-free.

On their return to their respective Scandinavian countries, the cats were allowed to roam and protected the grain stores.

The theory is that these cats, some of which could have been Turkish Angora, interbred with shorthaired cats producing the Norwegian Forest Cat.

In order to survive the harsh winters, these cats evolved by developing a dense, wooly undercoat, robust, athletic bodies and powerful legs. It was a case of survival of the fittest.

In Norway the cat is called Norsk Skogkatt (Forest Cat) or SkauKatt and in Sweden and Denmark there are similar cats called Rugkatt and Racekatte. We like to affectionately call them Wegies!

The story of myths, legends and folklore.

Norse mythology has for centuries depicted large cats that resemble the Norwegian Forest.

Freya, the goddess of love and fertility had a chariot which was pulled by large cats which resemble the Norsk Skogkatt.

Thor, the god of thunder, was unable to lift this large, powerful cat.

The Wegie's path to recognition:

Before his death in 1991 King Olav V of Norway made the SkauKatt the official cat of Norway. 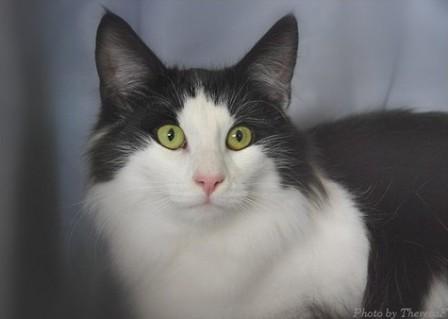