The Chartreux Cat
A Blue Cat from France

The Chartreux cat,origin - where do we begin! Numerous theories exist about the origins of this blue cat. 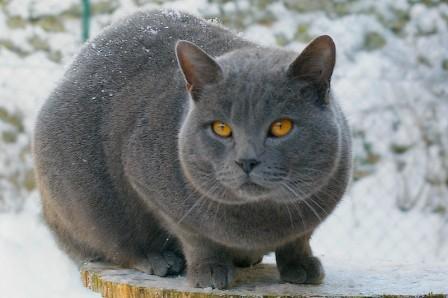 One theory is that this cat breed was developed by the Carthusian Monks at the Le Grand Chartreux Monastery, situated in the French Alps.

According to legend the monks brought these domestic cats back from South Africa in the 17th Century.

Whilst this is plausible, there is no record of the Carthusian Monks having ever been in South Africa. There is also no mention of any blue cat or Chartreux found in their archives.

It is suggested that the Chartreux cat entered France via Syria in the 13th Century.

The story goes that returning Crusaders, some of whom became Carthusian Monks, bought the cats back to France.

Iran and Turkey have also been suggested as a possible source of the Chartreux cat.

As unthinkable as this may be, some experts believe that these cats were sought by furriers for their luxurious pelts which they passed off as otter fur!

What we do know is that the cat is an ancient cat breed that has existed in France for many centuries.

It would appear that they existed in small isolated colonies in regions of France.

The modern history of this cat begins in the 1920's.

The Léger sisters found a small group of free-roaming cats on Belle-Ile-sur-Mer which resembled the Chartreux. Their breeding program commenced in 1926.

In 1930, Dr Jumaud fixed the breed type and named them Felis Cattus Cartusinorum.

The first Chartreux was shown in 1931, but it was not until 1939 that the cat breed standard was published.

World War II almost annihilated the breed and in order to save the cat breed, a few of the surviving cats were crossbred with Persians, Russian Blue cats and blue British Shorthair cats.

In the 1970's, FIFe combined the Chartreux and British Blue into one category.

This outraged the President of the Chartreux Club, who had the two breeds separated sometime later and also prohibited the mating of these two cat breeds. 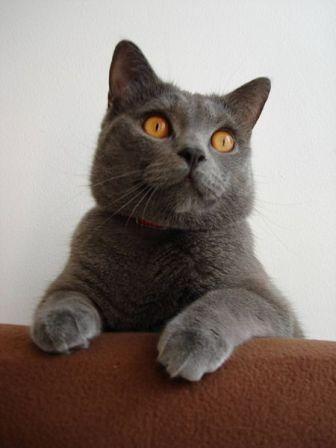 CFA and TICA recognize the breed, but not the GCCF. The breed standards for this cat differ in America and Europe.