The Abyssinian Cat Breed
The Origin of a Natural Cat Breed

The Abyssinian cat breed, or 'Aby', as it is fondly called, is one of the most well known and much loved shorthaired, foreign-type cat breeds. 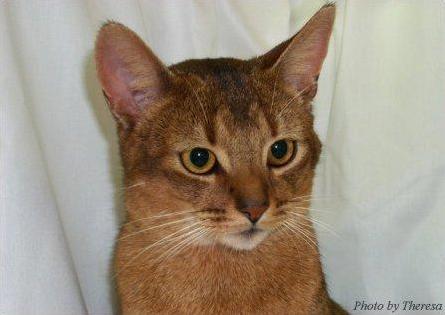 the origin of the abyssinian

There is much speculation and various schools of thought as to the origin of this magnificent breed. There is insufficient documented proof to confirm their precise heritage.

The 'African Connection' is plausible, but there are many other commonly held beliefs which we explore here.

The Abyssinian cat may have originated in Ethopia (previously known as Abyssinia).

It is believed that the King of Abyssinia gave a litter of kittens to Ramses II of Egypt as Ramses was so enamored with this feline.

It may be that Abyssinian cats descended from the sacred cats found in Ancient Egypt.

Another school of thought is based on genetic studies and suggests that the Abyssinian cat originated in Southern Asia (Sri Lanka, India) or Singapore.

The cat then found its way to Africa and finally Britain via the trade routes of that time.

It is documented that Sir Robert Napier brought a cat, with a ticked coat, (resembling the Abyssinian) back to Britain, from Abyssinia, after the war in 1868.

Finally, some believe that the Abyssinian was in fact 'developed' or 'created' in Britain by crossing various ticked-coated cats with British cats.

What we do know is that a devastating outbreak of feline leukemia and two World Wars almost spelt the end of this and many other domestic cat breeds.

Whether the Abyssinian resembles murals and statues of cats in Egypt, or the mummified stuffed remains of cats found in India - it is acknowledged as a long established, natural cat breed, with many of the physical features of its wild ancestors. 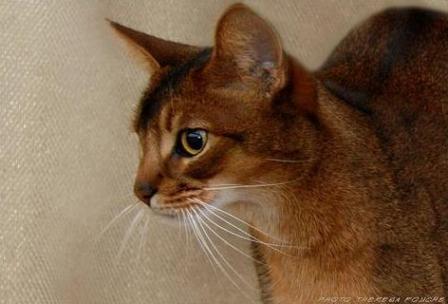 The Abyssinian cat breed profile that follows will provide you with extensive cat facts about the Aby - information related to their features and characteristics, cat health concerns, life expectancy, diet and the ideal home for this energetic cat. 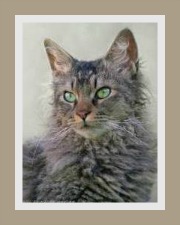 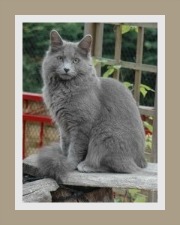