Feline diarrhea is a symptom of various cat illnesses.

Diarrhea is described as the frequent passing of watery stools (feces).

Apart from the frequency of bowel movements and loose stools, veterinarians believe that a cat that produces frequent increased volumes of feces also has diarrhea.

Cat health problems like diarrhea can be caused by serious systemic diseases to something as simple as a change in diet.

The causes are many and varied.  If your kitten or cat has diarrhea it should be taken to a vet for a full examination and diagnosis.

Changing the cat's diet or introducing new unfamiliar foods which are difficult to digest.

Food intolerance (food allergy) is by far the most common reason why cats get diarrhea.

Feral cats and outdoor cats who are allowed to roam may scavenge and ingest food that is 'off' resulting in cat stomach problems.

Over-eating in young kittens may result in cat diarrhea

Moving home, boarding your cat, a new addition to the family - any change to a cat's environment may result in stress diarrhea.

The accidental or deliberate ingestion of toxic plants, pesticides, herbicides or household chemicals may cause diarrhea and vomiting.

There are a number of viral cat diseases that also present with feline diarrhea. Read more at feline diseases.

Feline diarrhea can be caused by a number of bacteria:

Escherichia coli (E.Coli) bacteria can cause Colibacillosis which generally affects young kittens especially those who have not received antibodies from their mother due to early weaning.

Kittens can be infected by a nursing queen infected with E.Coli.

Salmonella bacteria is food borne and is contracted by cats when feeding off contaminated food or infected prey which they catch.

Clostridium perfringens bacterium, whilst rare, may cause Clostridial enterotoxicosis in cats.

Young kittens who have not received antibodies from their mothers are also at risk of becoming infected with this bacterium.

Hookworms, Tapeworms and Roundworms are the most common internal parasites that cause feline diarrhea.

Giardia is a protozoan intestinal parasite.

Cats usually ingest the cysts via contaminated water, food or during self-grooming.

Giardiasis affects the small intestine and the resultant diarrhea does not contain blood. It is not believed to transfer to humans. 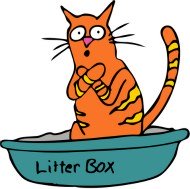 Tritrichomonas foetus is a flagellated protozoan parasite which causes inflammation of the large bowel i.e. colitis resulting in liquid feces which may contain blood and mucus.

It is not known whether Tritrichomonas foetus can affect humans, so care should be exercised when handling cats with feline diarrhea.

Cryptosporidium is a protozoan parasite.

Coccidium is a protozoan intestinal parasite that is acquired via ingesting sporulated oocysts from a contaminated environment.

It is a fairly common parasite and causes feline diarrhea which may contain mucus or blood. It is not believed to transfer to humans.

IBD is an obscure inflammatory disease that affects different parts of the gastrointestinal tract.

The most common one in cats is lymphocytic-plasmacytic enteritis which affects the small intestine.

Inflammation of the large intestine is known as Eosinophilic Enterocolitis.

IBD largely affects older cats, but the cause is unknown.

It could be a reaction or hypersensitivity to antigens, genetic or a problem of the immune system.

A blockage or inflammation of the mucosa (lining) of the rectum will make it painful and difficult for the cat to pass feces.

This constant straining results in the cat passing watery stools.

Blockages can be from hairball, tumors or other foreign bodies.

Lympho-sarcoma or lymphoma is cancer of the lymphatic system.

When it involves the gastrointestinal tract it causes a thickening and destruction of the intestinal walls.

In this instance feline diarrhea will present as a dark, tarry stool due to the presence of blood.

Hyperthyroidism is defined as an over-active thyroid gland.

This cat disease is found in older cats and is characterized by a number of symptoms including an increased amount of feces that is quite greasy in appearance.

Diseases of the kidneys, liver and pancreas present with a wide range of symptoms including feline diarrhea.

It is important as a cat owner, that you are able to identify the difference between a cat with normal bowel movements and a cat with diarrhea.

You should take note of:

Generally, a healthy cat will have 1 - 2 bowel movements a day.

Cat feces is not as well formed as dog feces and their feces is of a softer consistency, but a putty-like texture is considered normal.

The color of the feces will be determined by your cat's diet:

If diarrhea is persistent and left untreated it can cause dehydration and death.

Your cat or kitten may have a serious viral disease which is life-threatening.

Your kitten may develop intussusception which is a condition where one portion of the intestine slides into the next (much like closing a telescope).

This causes an obstruction of the bowel and can be fatal if not treated immediately.

Diarrhea in older cats may be due to malignant tumors (cancer) or systemic diseases like renal failure (kidney failure) or feline diabetes.

For information regarding the symptoms of cat diarrhea and the relevant treatment of runny tummy in cats, visit the chapters that follow. 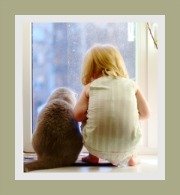 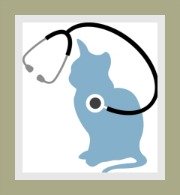 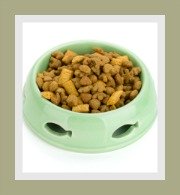 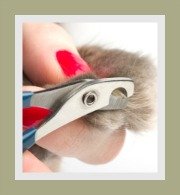 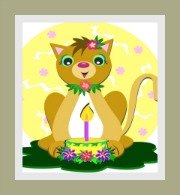 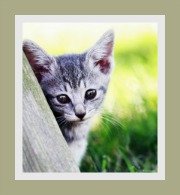